My Office is established under the Control of Electricity Prices (Sark) Law, 2016 (the “2016 Law”). This requires the Commissioner to investigate the prices of electricity in Sark and “Determine” whether, or not, they are fair and reasonable. If I find that they are not, then I may issue a Price Control Order (PCO), which I did in December 2019. I set a maximum price per unit of electricity of 54 p/kWh based on various assumptions, including those of electricity consumption and diesel fuel prices. The PCO included an automatic mechanism to adjust the price for 2021 if electricity consumption and diesel fuel prices differed from the forecasts.

Electricity consumption in 2020 has been very much lower than forecast on account of the impact of the Coronavirus pandemic and because Sark Electricity Limited’s (SEL) previous owner had provided inaccurate historic consumption figures. SEL has complained that it is unable to operate viably on account of the revenue shortfall and the lack of statutory wayleaves. The 2016 Law allows the Commissioner to “vary” the PCO and I issued a Proposed Variation on 15th October 2020. The 2016 Law requires that I take the views of SEL, Chief Pleas, residents and other interested parties into account before coming to a decision.

Under the 2016 Law, a Price Control Order can only last for a period of two years and it came to an end in December 2021. SEL has informed customers that it intends to introduce a new tariff from 1 August 2022 and I await details.

I came to Sark on 8th November to be sworn in as your Commissioner. I held three public meetings another with Conseillers and one with the PDT. I was delighted to see and meet so many people. I thought I should provide a recap of the meetings.

After being introduced by either Conseiller Maitland, the Seigneur or Pauline Mallinson, I first expressed my delight at being appointed as Sark’s Electricity Price Control Commissioner. I then spent a few minutes giving a brief description of my background, explained how I would approach my duties as your Commissioner, then invited questions.

I am a physicist with a first-class degree and a doctorate in Physics from Oxford University. I started my professional career working for the nationalised electricity monopoly, the Central Electricity Generating Board, as a research officer at their Marchwood Engineering Laboratory near Southampton in 1977. This was the CEGB’s big engineering research facility which should have been in the Midlands, near the bulk of the power stations. However, Marchwood’s first director was a keen sailor so he managed to convince his masters that it should be on the Solent at Marchwood. So my first job also allowed me to learn how to sail.

I was appointed to devise new ways of welding; how to join metals together without melting them. This “solid phase” welding was interesting but my girlfriend at the time was still in Oxford and she was studying geothermal energy. She kept on asking why electricity could not be made from the hot geothermal water that was likely to be found 3 km below Southampton. Being a physicist, I told her that the second law of Thermodynamics dictated that the energy in the hot water could only be changed into electricity at very low efficiencies, so it was unlikely to be viable. However, I thought about it and eventually, I devised a new way of using the hot water, if it could be found, to generate electricity that seemed to promise more power than the laws of physics would suggest. Every physicist likes beating laws of physics. Actually, it did not really beat the law, it just appeared that way. We carried out an experiment that showed that, if the water really could be found at about 100oC below Southampton, then it could generate a lot of power. Unfortunately, when the drilling was carried out in 1979, the water was shallow and not very hot!

Despite that setback, I won a Harkness Fellowship to the United States to study geothermal energy at the Los Alamos Laboratory (where the bomb was built during WWII), the Electric Power Institute in California and Brown University in Rhode Island. This fellowship insisted that I spend at least six weeks of my 18 months just travelling around the country. What an imposition! Actually, that requirement was inspired. Up until then, I had been working no-stop through school, university and Marchwood. This break gave me the chance to stop and think about what I wanted to do. My research work had been interesting but I was concerned that the really big decisions on energy were never taken by the people in white coats in the labs. They were made by financiers and economists. So, when I stopped driving along those long roads in the USA, I read books on economics and finance and even some philosophy, which is not normal for a scientist.

On my return to the UK in 1982, I went to evening school at the City University in London and took an MBA specialising in Finance. My timing was extremely fortunate since, at that time, Mrs Thatcher was embarking on the privatisation of the nationalised monopolies. Towards the end of the decade, she decided to privatise the electricity industry in England and Wales. By then she had already privatised British Telecom and British Gas but she realised that a privately owned national monopoly was no better, in terms of customer service and efficiency, than one that was still publicly owned. She was therefore determined to introduce competition to the power industry before it was sold. She wanted to create the first ever competitive electricity industry in the world.

I was the only person in the electricity industry with an MBA at that time and I was head-hunted to join the Government’s advisors in charge of selling the industry to the City. As such, I was involved in establishing the wholesale electricity market whereby generators could sell power to Suppliers, who would then sell to customers. I was also involved with setting the prices for use of the networks that physically carried the power from generators to customers. My main job was meant to be explaining how the new arrangements worked to potential investors, namely the pension funds and insurance companies. However, because only a small team was involved in establishing these arrangements, I spent more time explaining the “new industry” to people from the industry itself

This was a very exciting, if exhausting, time for me but, once the privatisation was over, I did not enjoy the ordinary life of a stockbroking analyst. However, I kept arguing that, in the privatisation process, we made one, well, at least one, mistake. We had spent much of our time worrying about the generators. We had not taken into account the difficulties the National Grid would face trying to deliver power from the generators to the right place in England & Wales. In the days of the nationalised monopoly CEGB, this was not a problem. Generators would do as they were told. In the new world, National Grid had to take power when the generator was offering it cheaply or compensate the generator if the transmission system was too weak. The extra costs National Grid incurred when these “constraints” arose were passed on to customers and they were rising as more generation was being built in the North of the country, whilst demand was growing in the South. I argued that National Grid should be incentivised to minimise these costs. National Grid then invited me to join them to introduce such a scheme. My wife and I were keen to leave London and we jumped at the chance.

The scheme was successful. These “system costs” fell from annual costs of £700m to just £250m and I joined National Grid’s Executive. The scheme made me realise that National Grid should be rewarded according to the skill with which it ran the network. I argued this with my colleagues but they were content with the existing form of regulation. Just at that time, 1996, Kleinwort Benson, a bank, called to ask me if I would set up a pan-European utilities team for them – the first in Europe. I agreed. My team was very successful, becoming the best team, in any sector of the world, in 2002 and I promptly retired, thinking that it is best to stop while people are still clapping. However, four people approached me, asking if I would establish a bank with them. In 2003, Climate Change Capital was launched, aimed at providing advice and finance to those concerned with the need to establish a low carbon economy. I promised my wife I would retire after four years, which I did in 2008. Since then, I have continued to provide consultancy advice with my business partner, Malcolm Brown, to financial institutions, start-ups, oil & gas companies and utilities through my company, BW Energy. I have served as a Non-Executive Director on the boards of a number of companies; National Renewable Energy Centre, Green Energy Options, The Crown Estate, The Low Carbon Contracts Company and The Green Deal Financing Company. I have also served on a number of government bodies, the Embedded Generation Working Group and the Nuclear Liabilities Financing Assurance Board.

As your Commissioner, my task is to determine whether your electricity prices are reasonable. I will do this by estimating what a reasonably efficiently run company would need to charge if it is to make a reasonable return on investment. I think that this is the best way to be fair to both consumers and Sark Electricity Limited. I currently do not know what the answer is. The way I will try to find out is:-

Under this scheme, SEL’s annual revenue would be:

I will also want to introduce performance measures to give SEL and incentive to maximise customer satisfaction. For example, I would like to see a link between SEL’s profitability and quality of customer service, such as quality of supply.

This will give me an expected revenue for the year, based on fuel price and demand estimates. I will then divide by the total amount of electricity delivered to give me a unit price. If fuel prices vary during the year, this will have an impact on my “fair price”. I do not expect SEL to be at financial risk from changes in these prices which are completely outside its control.

There were a number of questions, ranging from the impact of lots of photo-voltaic systems being connected to the network (if these happen quickly and in large numbers, there may be a need to slow down the rate of connection), price of purchases from PV (I will need to establish a “fair” buy back price), my view of the safety practices (my duties do not cover health and safety but I will allow for the cost of properly specified equipment in setting prices. If the quality of supply falls on account of faults, possibly arising from unsafe practices, then SEL will suffer from lower revenues due to the performance measures), whether I expect Sark to be supplied by Tidal Power in the near future (not really one for me. It depends if Chief Pleas introduces a requirement for a proportion of Sark’s electricity to be produced from renewable sources) to whether I knew of any other family owned utility company like SEL (no, but I do not think it is relevant. For example, all the utilities in the UK are privately owned. Whether the shares are all held by one family does not determine whether the returns are fair or not.)

As you can see, these were lively meetings. I intend to publish a consultation paper in the next few weeks, setting out my initial thoughts on the level of “reasonable” prices for electricity. Please do not hesitate to contact me at commissioner@epc.sark.gg if you have further questions. 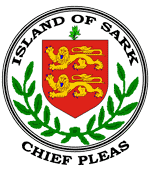